started a topic almost 4 years ago

I have been told by the Workato team that it is not possible to pass a variable into a SQL query on Redshift like so: 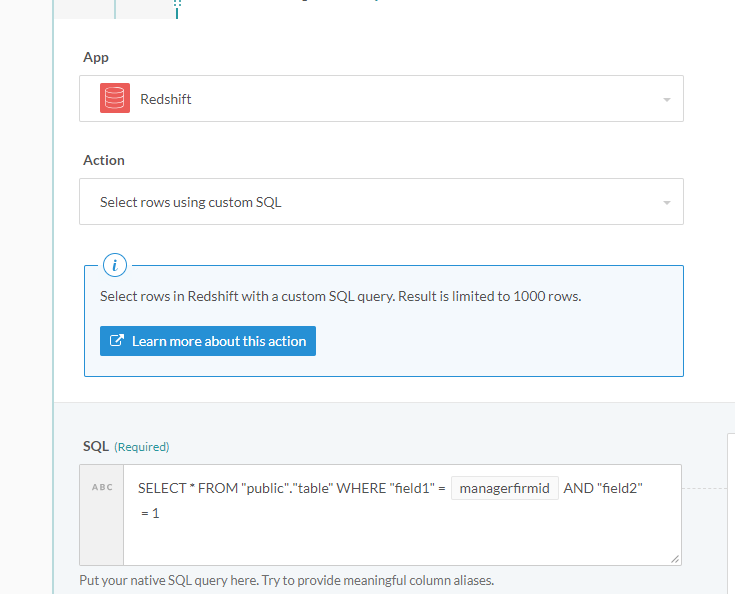 Instead the query has to written statically like so: 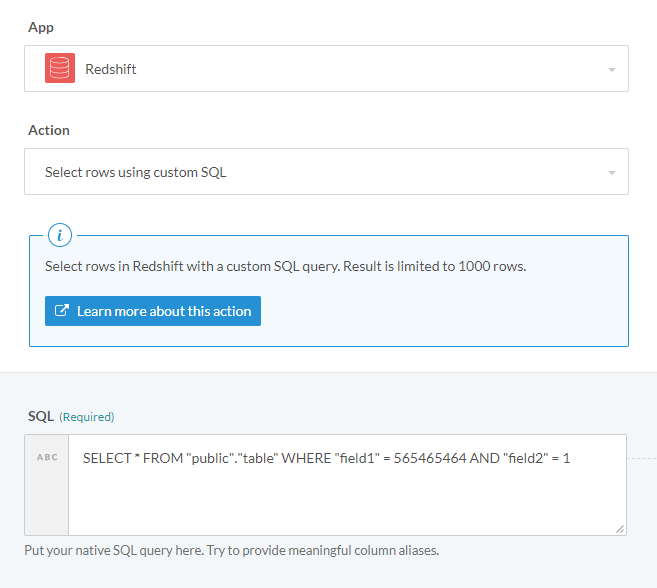 I was told that there is no workaround for this and that it is intended.

Is it possible to change this because what can we do if we have a list of values to each make an SQL query to? It is not possible with the current implementation

As far as we know, other automation applications like Integromat and Zapier support this feature.

Is there a reason it does not exist in Workato?

Send us a ticket, we will try our best to assist you with your problem