In Workato, Actions specify what you want the recipe should do when the trigger fires. More often than not, business scenarios involve multiple steps. We built Workato to allow you to model your complex business scenario the way it is. 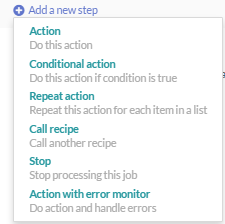 This simply carries out an action on your chosen app. So in the following example, a new object will be created in Salesforce. 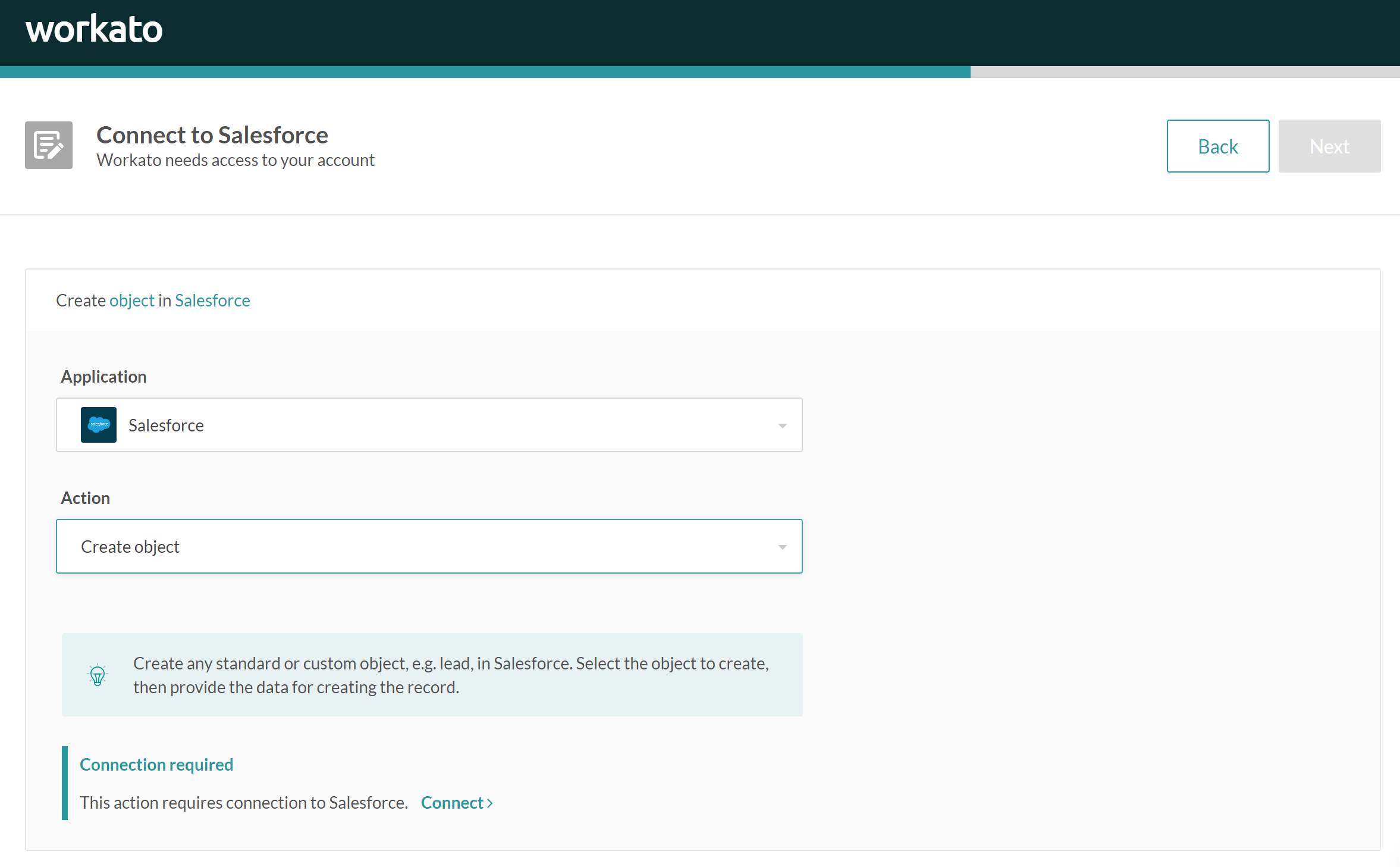 This carries out the action(s) indented only IF the conditional step is true. So in the following example, if a new Zendesk ticket has a high priority, an SMS message will be sent out. Find out more here.

This action repeats itself to carry out the indented action(s) for every existing item in the list/array you have declared. So in the following example in step 2, if there are 3 items in the list of expense items in Replicon, 3 line items would be added to the QuickBooks invoice. Find out more here

Gives you the ability to invoke a callable recipe to perform a set of actions when this action is started.

This stops the entire recipe at a designated point, and allows you to set a custom error message that you will receive.

Up Next: Understanding Action #2: Conditional actions