HTTP: What are the Response Types When Using the HTTP Connector?

The HTTP Connector accepts 3 formats of responses when processing the response schema from the API calls made. The defined schema here will be used to generate a datatree for this trigger/action, for use in subsequent steps:

This can be used when input data does not require further processing. This means that when the data is referenced later, it will be shown in its entirety as a string in the schema output, identified as one whole block rather than individually. However, user can still use formulas in formula mode to break down the data for further customisation.

Most REST APIs, such as QuickBooks and JIRA, are structured in JSON and users can directly copy the sample JSON responses from the API documentation and paste in the Response body example. You can further customize the schema to ensure it picks up your custom fields. 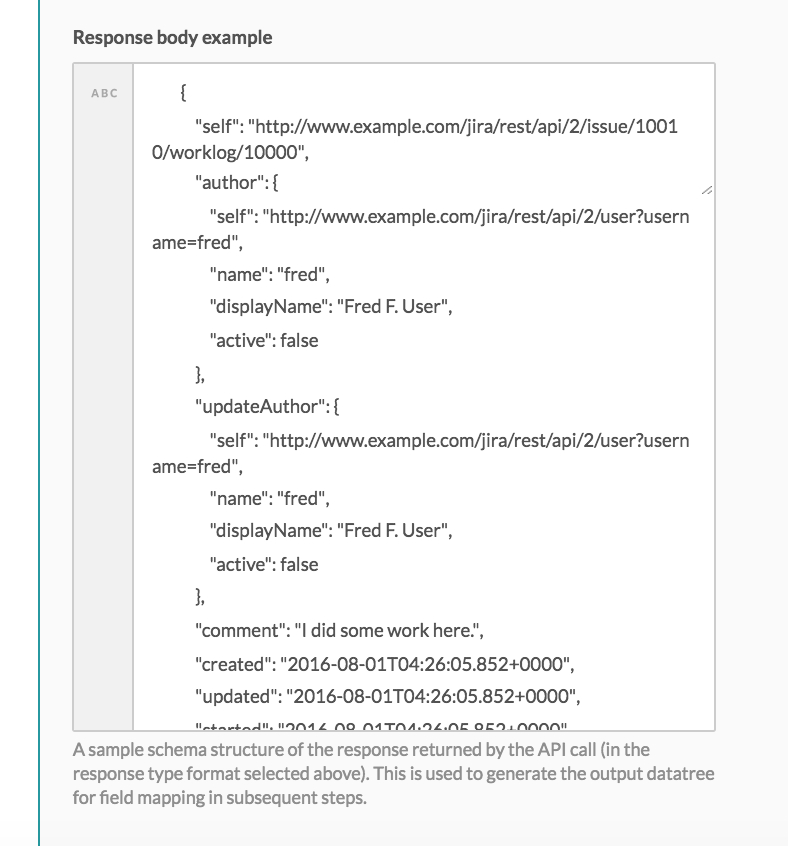 (an example of JSON code in Response body example)
Parse Response as XML
This allows you to work with APIs that have an XML data format. Generally, we work with REST APIs with XML data formats. Simply pass in the sample API response provided in the API documentation, and edit accordingly to fit the expected response. 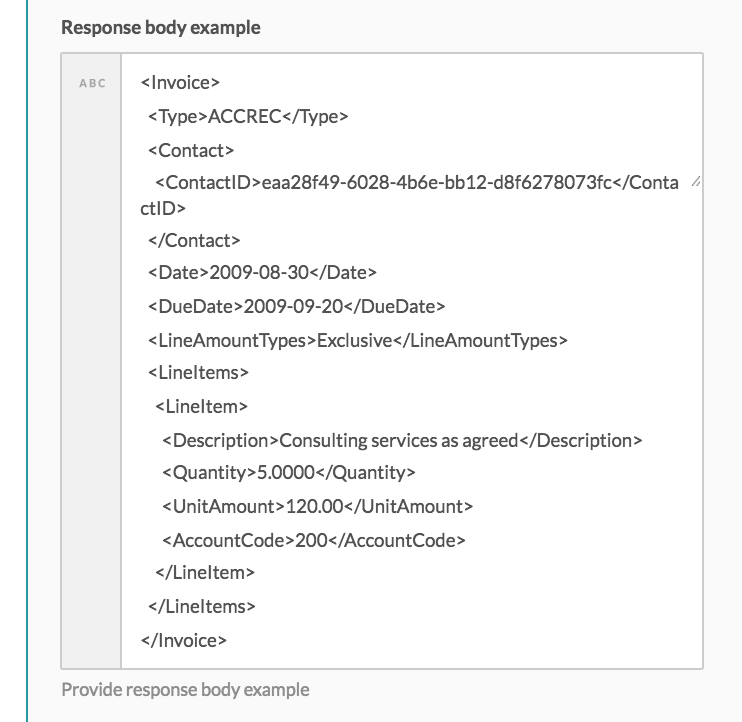