HTTP: Building an action on the HTTP or HTTP (OAuth2) connector

You will need to configure the HTTP action to make the specific REST request you have in mind before you can use the action in your recipes. The following shows all the available fields in the action, although most fields are not required. 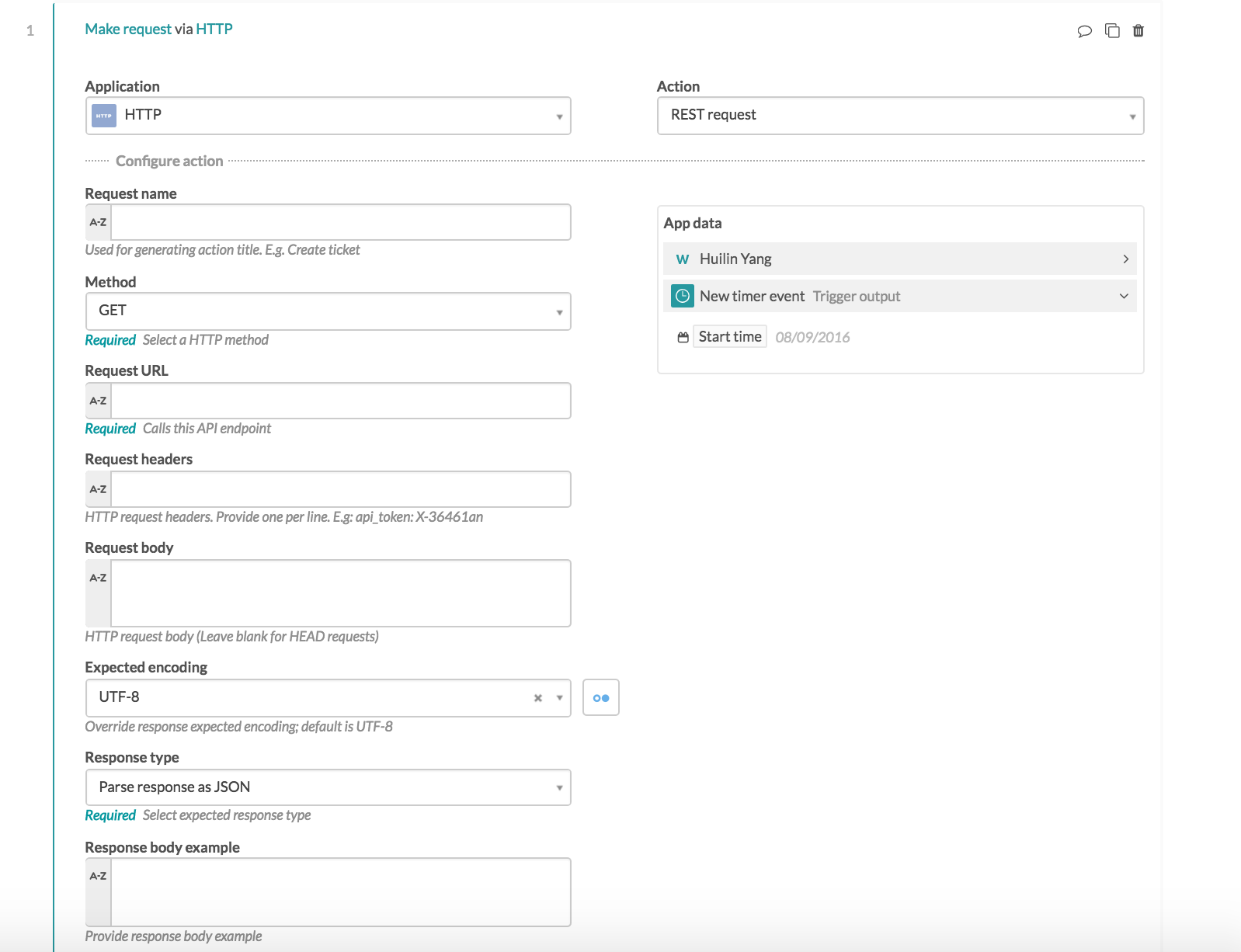