Cloned recipe: New version available: What happens when you update a cloned recipe?

After copying a public recipe from the community of recipes we have, you may notice an orange exclamation mark icon appear next to your recipe version after an extended period. What does this mean? 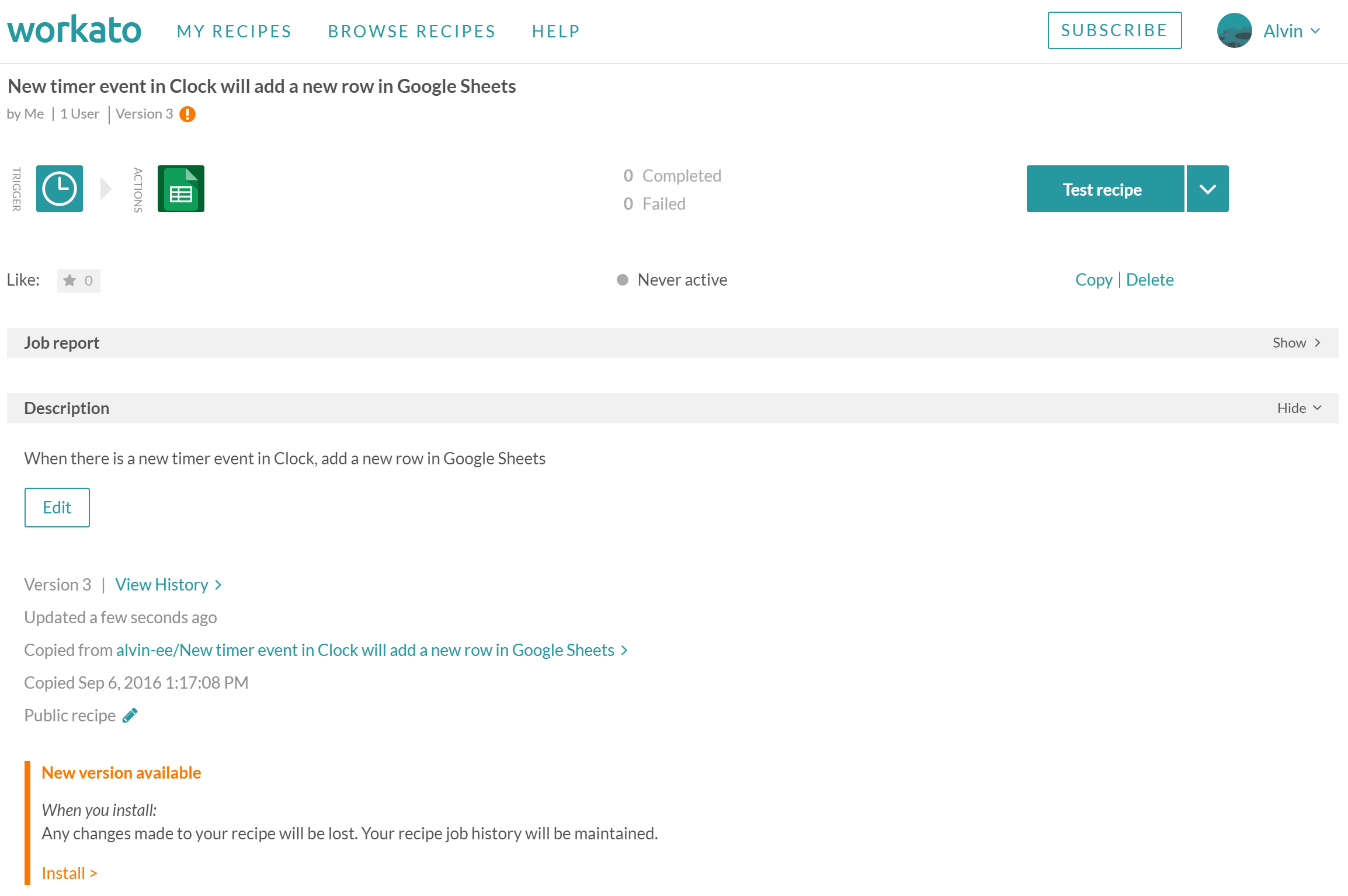 When you see this, it means that the recipe that you have installed has been further modified by the original author of the recipe. This holds true even if the original recipe is owned by yourself! Whenever you make a copy of a recipe into your own account, Workato maintains a "link" between the original recipe and your recipe, and notifies all copied recipes about any changes made to the original recipe. This is useful when you are managing your integrations with a staging sandbox instance and a production instance - you can make the sandbox recipe your master recipe, and always make changes to your sandbox recipe first to ensure recipe changes are working well, before updating your production recipe to the latest sandbox version by clicking install.
No changes will be made to your copied recipe, regardless of how many updates are made to the original recipe, unless you click on install. Upon clicking on install, your copied recipe will be updated to the latest version of the original recipe.
The question is, should you install this new version? As shown above, installing the new version will update your recipe to the latest version of the original recipe it was copied from. This will overwrite your recipe and any changes you might have made to it after copying it. Thus, we would not recommend installing the new version if you have customized and made changes to your copied recipe after copying it, as it would overwrite your customizations.

However, if you had accidentally made a mistake and installed the changes from the original recipe, and you've lost all the changes you've made - don't worry, all is not lost! Check out our guide on how to revert to a previous recipe version here.