What is : Response Body Example

One of the natural wonders of using integration tools is the ability to extract, manipulate, and push field values of any objects into other applications. With Workato, data from another applications can be transformed into Workato Recipes as data pills for future use. 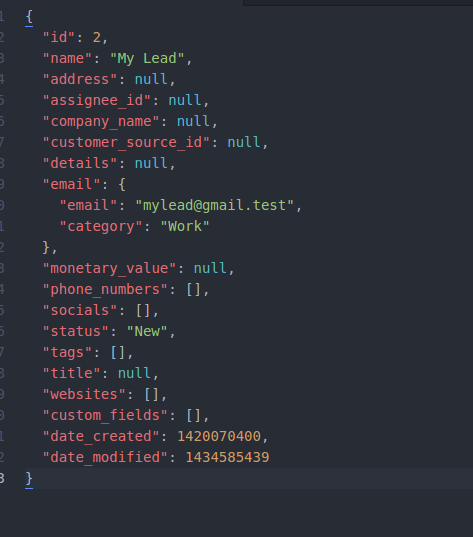 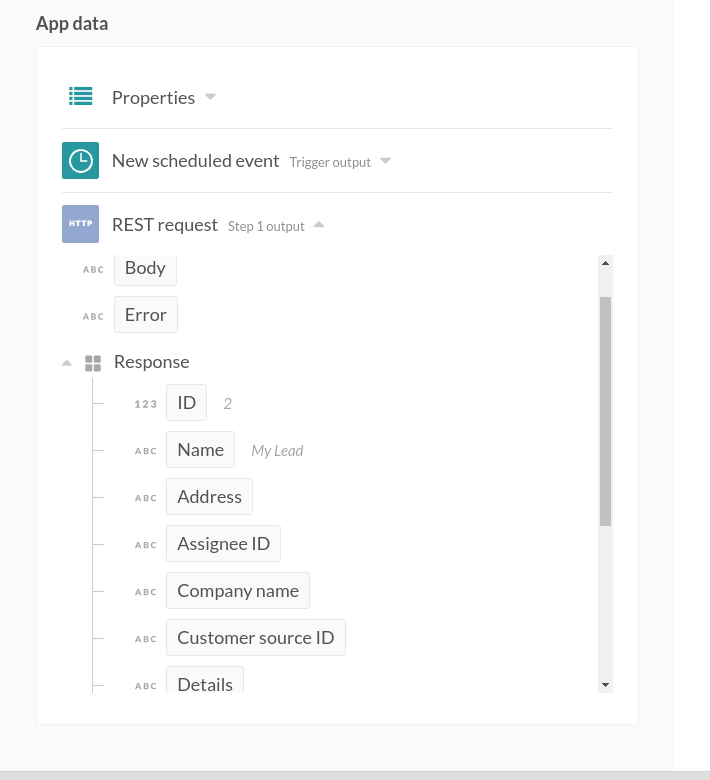 This is where Response Body Example field do the trick. By providing a sample document, Workato will be able to parse and devise the sample document, so that it matches with the response that it will be getting back from the API.

Respose Body sample are usually available on API documentations. They are located by the API endpoints beside its sample requests. Here's an example from Qualtrics' API : 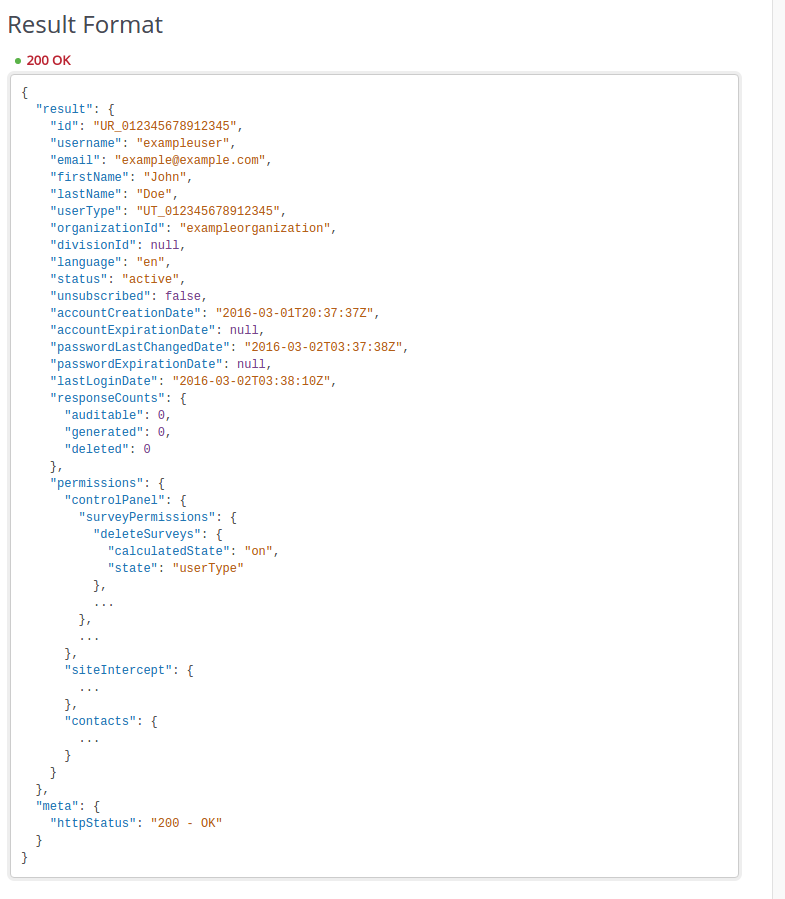 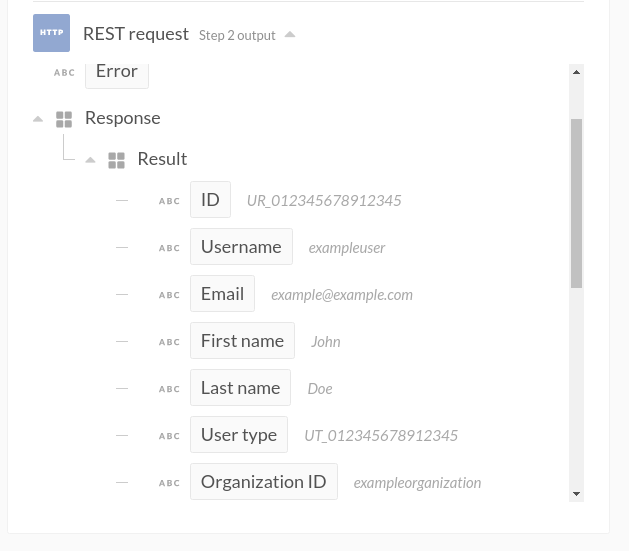 By copying the sample response to the HTTP Sample Response Body example field, the fields will now show up as part of the step's App Data for all steps below it in the recipe :

XML sample responses can be parsed as well, simply choose Parse response as XML to do so. 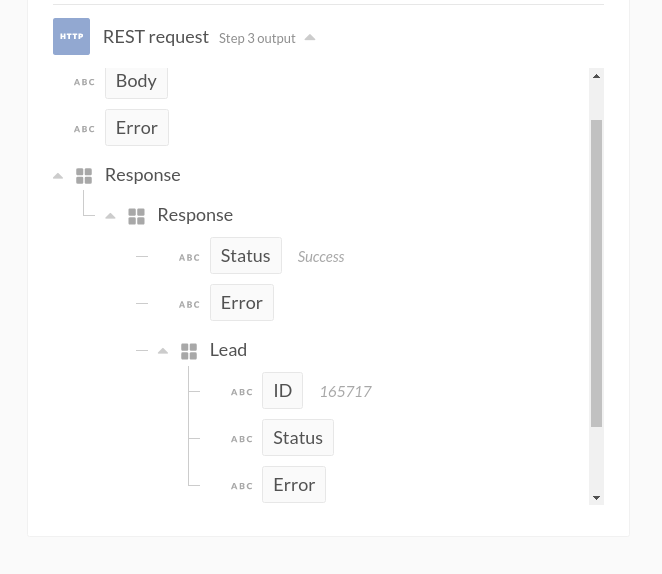 FAQ
HTTP Action says Extended Schema Error. What should I do?

This means that Workato had not been successfully parsed the given schema. This may be due to the sample response not following the proper JSON or XML structure. If you are unsure, feel free to post a question to your application's support forum, or post a topic on Workato's forum to ask for assistance.