HTTP Webhook : Setting up a Webhook trigger with Workato

If you are unfamiliar or maybe new to Webhooks, Starting here should give you a quick run-through on how you can use Webhooks in Workato.

In this article, we will be using Qualtrics as an example of creating a webhook subscription.

When applications uses API to handle their webhooks, chances are you will need to make a manual call to create a webhook subscription. For recall, in order for Workato recipes to receive data in real-time, it is needed for the user to register the recipe's URL with the application, this way whenever new data is available it will be posted to Workato. This is how webhooks operate. 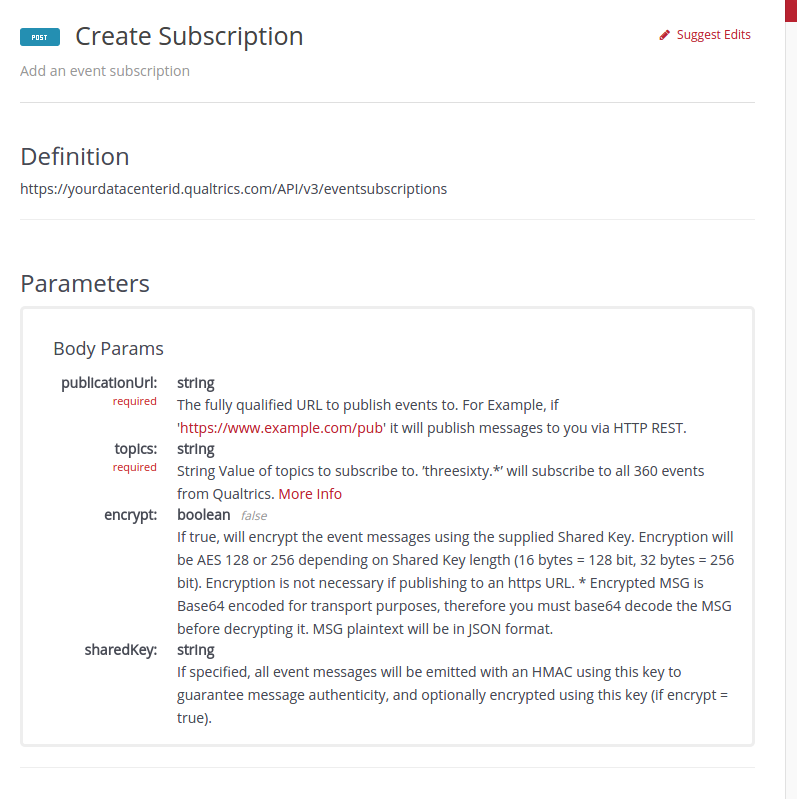 1) Most commonly, the URL data should be published to, in this case called publicationURL, and the objects that is involved (known as topics in Qualtrics)

How can I make that API call then?
You can make the API call by creating a new recipe that has a HTTP action, or using cURL to create a call to the application. You can learn more about how to use HTTP Action here. In this example, we are going to use a cURL action to make the API call.
Qualtrics provided a sample cURL call that creates the webhook subscription.

Where can I get the publication URL?
a publication URL, or the destination where data will end up at, will be the recipe with the HTTP REAL TIME trigger. When selecting it, a Help text will appear at the bottom of it, with it contains the URL of the trigger.

With this API call, a new Webhook subscribing the following Workato Recipe to Qualtrics will be established. Now, when you start the recipe, Workato will begin listening for events posted to the following URL.

For better usability and understanding of your Webhook trigger, you may name it based on the actions and objects involved. For example, This webhook could be named as New Event Received in Eventbrite

The result will appear in our Workato recipe as this :

In Qualtrics Case, The Webhook HTTP Method should follow the HTTP Method used when creating the subscription, that is PUT/POST with JSON Payload.

If the HTTP Method involves one of the PUT/POST HTTP Method, chances are you will be receiving a payload from the application service. In order for Workato to parse those data, a sample response document needs to be provided :