What is an Action in Workato?

An action is basically a task that will be performed in a recipe after a job is picked up by the trigger. In essence, the simplest recipe will contain the trigger and at least one action. Much like the trigger, an action requires you to choose an application which you want to perform a task, as well as the action (task) itself. In the example below, when a job is picked up, you will run the action,  "Create object in Salesforce". 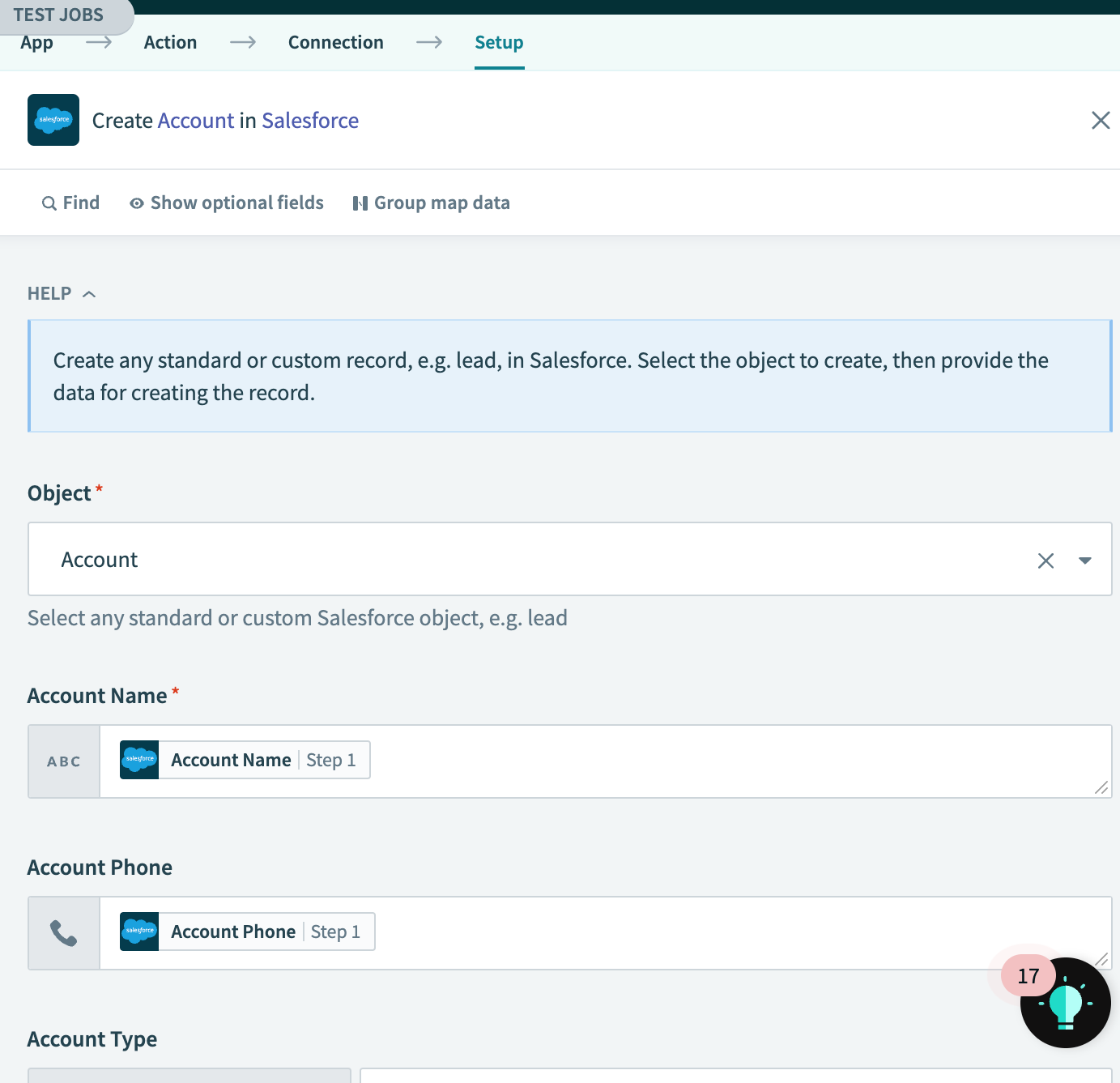 However, once you chose an action, you will most likely still need to do some customization to dictate how exactly you want that action to be performed. To do that, you will first need to understand the concept of Field mapping in Workato. For that, we'll move on to the next article.